Our team of leaders are a mix of health and social care professionals, and bring a range of skills and experience from all over Greater Manchester. Here they share their hopes and priorities for transforming our public services.

Born in 1951, Sir Richard Leese grew up in Mansfield, Nottinghamshire. After graduating in Mathematics at the University of Warwick, he worked as a maths teacher before moving to Manchester to take up a post as a youth worker. He was employed in various roles including youth work, community work, and education research between 1979 – 1988.

Sir Richard Leese was elected to Manchester City Council as a Labour councillor in 1984 and was its deputy leader from 1990, before becoming leader in 1996. He was awarded a CBE in 2001 and then a knighthood for “services to local government” in the 2006 Queen’s Birthday Honours list.

Sir Richard was one of the signatories to the city-region’s health devolution deal with Government in 2015. He has chaired Greater Manchester Health and Social Care Partnership since March 2020 and is currently the portfolio holder for health and care for Greater Manchester Combined Authority, and deputy mayor.

Since its inception, Sir Richard has chaired Manchester’s Health and Wellbeing board, which plans health and social care services for the city; and in the early 2000s, was chair of Manchester, Salford, and Trafford Health Action Zone, which brought together partners to tackle health inequalities.

Sir Richard is a strong advocate for addressing the wider determinants of health and is resolute that partnership working is key to this and in paving the way for wider public service reform.

His political interests include devolution, place-based budgets, the links between economic development and social policy; and the role of cities in creating a sustainable future.

Tracey is a partner in a GP practice and chief executive for the Manchester Local Medical Committee, a role she’s had for 24 years. She’s also taught trainee GPs and in 1997 she set up a local cooperative – Madoc (Manchester Doctors on Call) – to provide safe out-of-hours care.

I always wanted to be a doctor. To be part of someone’s life journey is a privilege.

Creating a system of health and care services that wrap around people’s lives – one which helps rather than hinders them.

I have a long-held ambition of being able to simplify pathways to a better life for many people. One that I hope to fulfil through our work in improving our health and care services.

I love the north. I was brought up in Bolton and I’ve worked in Manchester for 24 years. I love the people and their friendliness, the music and culture, and – perhaps most of all – the raw honesty of the place.

Horses and generally being outdoors. Janet joined Greater Manchester Health and Social Care Partnership as Director of Workforce in October 2017, having previously been Director of Human Resources, Organisational Development and Education at University Hospital of South Manchester NHS Foundation Trust. Since 1986, she has worked in a variety of roles within the NHS in England and Wales including a period as Head of Recruitment and Retention for the Welsh Assembly Government.

What inspired you to join the Partnership?

Having spent my entire career within the NHS, I saw this role in the Partnership as an opportunity for me to make a contribution across the health and care system in Greater Manchester, expand my knowledge and ultimately be involved in something exciting where I could contribute to making a difference to people’s lives.

I believe it is vital that we recognise the critical role of our workforce – both paid and unpaid – in changing the way that we deliver services. Creating a workforce for the future is absolutely key to delivering the bold ambitions of devolution and to shaping a health and care system that works for everyone. To create a valued and sustainable workforce,  we need to make sure we provide them with the support they need, engage with them in meaningful ways, celebrate their contributions and successes, and empower them to drive service improvements. I’m really passionate and proud to be working with colleagues across Greater Manchester to deliver our Workforce Programme. Click here for more information.

I love lots of things about Greater Manchester but at the top of my list it has to be the Metrolink system and the fabulous people I meet every day! The interim Greater Manchester Medical Executive comprises of senior clinicians from across the city-region.

The role of the executive is to provide leadership, support and advice across the system.

Together its members support medical decision making and delegated responsibilities under the Greater Manchester Accountability Agreement with the NHS.

The following clinicians make up the interim team: When I was at university I had a statistics lecturer who specialised in health services. That got me interested, so I did a module in health policy at the London School of Economics. The course was really fantastic and I was hooked.

Their health. We have aims like reducing smoking by a third, getting three quarters of people active, eradicating HIV in a generation. We want people to demand to be healthy, to take charge of their health and support them in doing that.

The people – they are extremely friendly. I like the ambition too that Greater Manchester has for itself. I am not so keen on the weather.

I have a vintage VW camper van that I enjoy taking on holiday, but it does break down quite a lot! As a public servant, Warren managed housing services and homeless hostels. He’s also spent time supporting the democratic process and has worked across policy, strategy and commissioning for the NHS.

I joined the NHS in 2006 because it has always inspired me. Working as part of a commitment to look after one another is one of the true glories of civil society.

I want Greater Manchester to be a happy and successful place. If you’re going to press me to pick one thing, then we need to focus on getting help and support to people early enough – before a crisis hits them and their health.

Its spectacular audacity – building the ship canal to make a thriving port of an inland city is like challenging gravity. I love the idea of going into work every day feeling that anything is possible.

Mainly football and music. My lad and I have full Saturdays with his under 11s team and FC United of Manchester (not to be confused with Man Utd!). When I’m not doing that or working, I’m plugging gaps in my post-punk vinyl collection, with the help of the good people at Piccadilly Records.

Steve has devoted his whole career to the NHS, working with social care commissioners and providers among other roles. He sees his part in the Partnership as a once-in-a-lifetime opportunity to be part of something that achieves real change.

I wanted a career in finance, but one where doing your job well results in a better service for the public.

What are you most passionate about improving for Greater Manchester’s residents?

Providing health and social care services based around the patient and the community, drawing in specialist support when needed. And financial sustainability, of course!

I’ve lived in Manchester for 20 years. I will never support a Manchester football team (sorry, it will always be Derby), but in all other respects it has become my home. I love the people, the vibrancy and the multicultural nature of the place.

Got a question for our leaders?

See our Q&A Get in touch

@GM_HSC / Jan 22
It's OK not to be OK. Support is available for people who are struggling with their mental health. Find mental health support in Greater Manch… 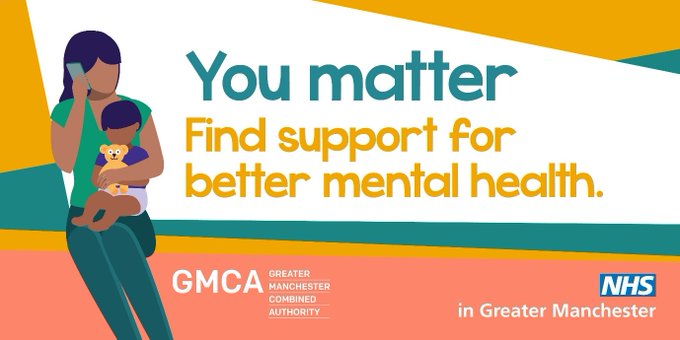 @GM_HSC / Jan 22
If you need medical care, make sure you think #NHS111 first before heading to an emergency department. Below, @MFTnhs emergency medicine and ma… 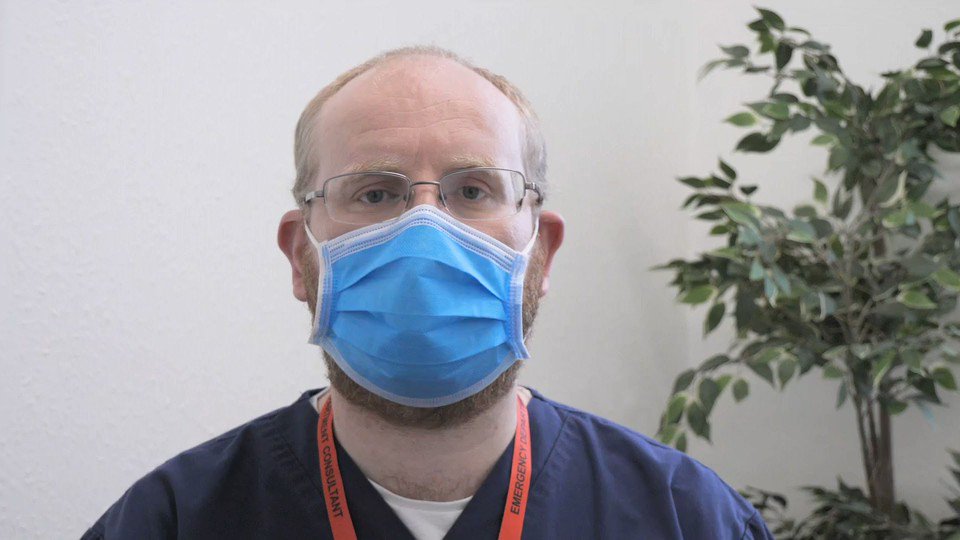 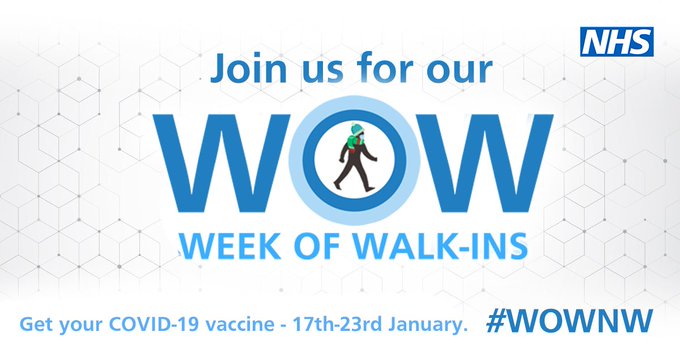 @GM_HSC / Jan 21
Can’t attend your Covid-19 vaccination appointment? Please cancel so we can open up your slot to somebody else. If needed you can then book … 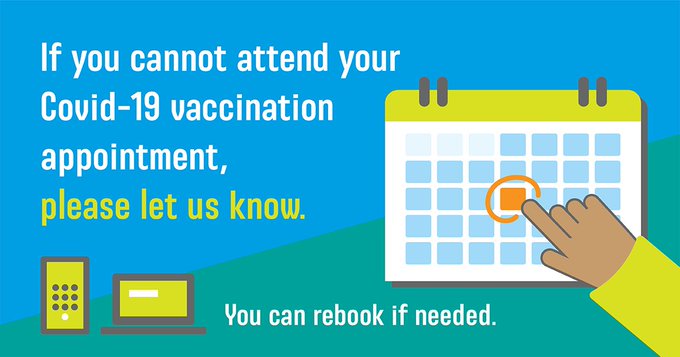 @GM_HSC / Jan 21
Is it time for your next dose of #CovidVaccine? Walk-in, no appointment needed, to our of local vaccine clinics. Click here to find a walk-… 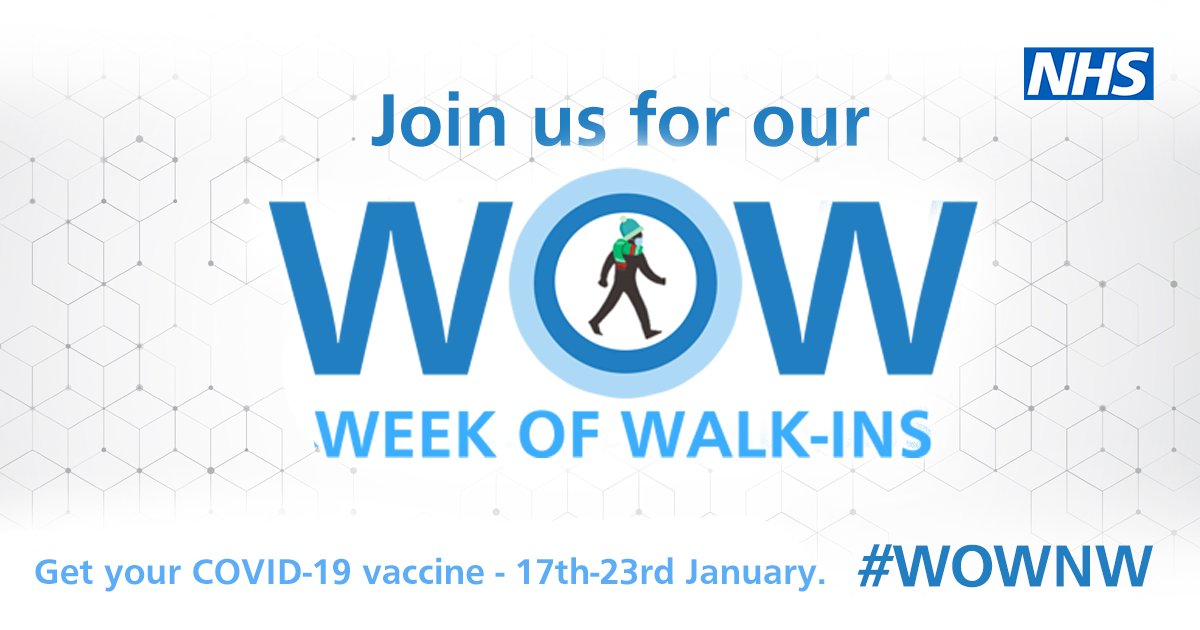